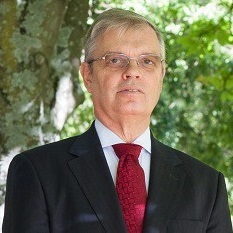 António Sá da Costa is graduated in Civil Engineering from IST-UTL (Instituto Superior Técnico da Universidade Técnica de Lisboa) since 1972. He has a Ph.D. and a Master of Science in Hydric Resources from the Massachusetts Institute of Technology (MIT) in the USA since 1979. António Sá da Costa was a Professor for 28 years (from 1970 until 1998) in the IST Department of Hydraulics and Water Resources, half of them as an Associate Professor.
António Sá da Costa was Chairman of APREN – the Portuguese Association of Renewable Energies – from 1990 to 1996 and from 2001 until 2019. He is now Chairman of EREF – European Renewable Energies Federation – since 2018, where he has been vice-president from 2004 to 2018.